What happened to the drone and the firearm? 18 Austin Haughwout is being investigated by the Federal Aviation Administration (FAA) when he staged a YouTube video showing a drone equipped with a gun as reported by ABC News.

The drone video, recorded by Haughwout in Clinton, Connecticut, "represents one of his many technical activities," he told ABC News.

The teenager added that he has a degree in engineering and that in the past he turned a "Razor scooter to exceed 70 miles per hour".

According to the FAA's claims, the teenager threatened civilians with the unmanned aircraft and could be fined.

The service's regulations explicitly prohibit the reckless or reckless use of an aircraft model - but they also do not mention the use of firearms.

The FAA said it would determine whether the laws had been violated, and would "work with law enforcement to determine if there were any violations of the statute."

As ABC News says, this is not the first time Haughwout's love for drone has caused problems. Last year a woman was annoyed with him because he was flying a drone on the beach.

See the video in question 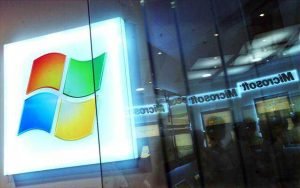