The head of personal data protection in Ireland asked Facebook for "urgent information" about the plans to integrate the three social networking platforms (WhatsApp, Instagram and Facebook Messenger).

In a statement that posted on her website at the end of last week, the Irish Data Protection Commission (DPC) states:

Previous data exchange suggestions between Facebook companies have raised major data protection concerns and the Irish DPC will seek timely assurances that all these concerns will be taken into account by Facebook in the further development of this proposal.

Last week, the New York Times reported that Facebook intends to unify the infrastructure of its three separate products. The idea came from Facebook's founder, Mark Zuckerberg, who has long been checking the applications whose founders have abandoned management.

The founders of Instagram, Kevin Systrom and Mike Krieger, they left from Facebook last year, due to the increasing tensions stemming from the reduction of management rights and decision-making on the platform.

While the founders of WhatsApp left Facebook earlier, with Brian Acton leaving 2017 late and Jan Koum in the spring of 2018. The two founders and former platform administrators clashed with Facebook on the privacy of users and on how to monetize the end-to-end encrypted service.

Acton later said Facebook had asked him to tell European regulators trying to assess whether they would approve the 2014 market that it was "really difficult" for the company to merge WhatsApp and Facebook user data.

In this case, Facebook started to link accounts on the two platforms two years after the completion of the acquisition. He was later fined $ 122 million by the European Commission for providing "incorrect or misleading" information during the merger. Facebook of course claimed that it had made some unintentional "mistakes" in the acquisition study submitted in 2014.

Two more years have passed and Facebook has decided to fully integrate the company's messaging services.

"We want to create better messaging experiences. "People want their messages to be fast, simple, reliable and private," a company spokesman told Techcrunch.

We are trying to make most of the messaging services encrypted and we are looking at ways to make it easier for friends and family to reach out to networks.

"As one would expect, there is a lot of discussion as we begin the lengthy process of finding out all the details on how all this will work," the spokesman added, confirming the NYT publication.

Surely there will be too many details to be considered.
For example, let us mention a turn made by WhatsApp 2015, when it suddenly announced that it would share user data with the parent company Facebook (despite saying it would never do so), caused immediate regulatory intervention.

Of course the expediency of the upcoming merger of user data from different platforms could be purely for commercial purposes, something that is not mentioned anywhere.

Following the 2015 turmoil, Facebook was forced to suspend marketing flows in Europe, although it continued to share data between WhatsApp and Facebook for "security and business intelligence" purposes. Thus, the French data monitoring service, in an official announcement at the end of 2017, warned the largest social network that these actions lack any legal basis.

On the other hand, a court in Hamburg, Germany, formally banned Facebook from using WhatsApp user data for every purpose.

Earlier this year, following a data-sharing survey, United Kingdom data controllers called for WhatsApp's commitment that they will not share personal data with Facebook until the two agencies decide to do so in a way that complies with the General Data Protection Regulation (GDPR).

After all, what do you think? Facebook's statement stating that it is trying to develop messaging services to help bring friends closer to networks? 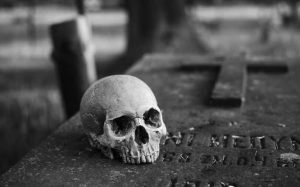