Microsoft has just released Visual Studio 2015 and .NET 4.6. The software was officially released in the final version, if one can say it, since the company will have the updates now as a service. The assurance is that the program has left the preview stage.

Visual Studio is used by millions of developers around the world to create applications. With this latest release, the company has built a multi-platform deployment platform for iOS, Android and Windows.

For those who are not familiar with Visual Studio it is a package that contains development applications (programming languages) such as C ++, Visual Basic and more.

It seems to be an important release for Microsoft, since it comes almost parallel to the upcoming Windows 10 operating system.
With Windows 10 and Visual Studio 2015 at the same time, consumers will have a new operating system to develop new tools and new applications.
Anyone interested can download it from the links below 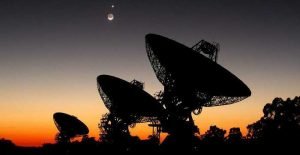