In Microsoft's design, application developers could write a single application for all the devices mentioned above. This dream, however, began to dissipate after the failure of Windows Phone, and today we can say that it has disappeared for good…

Microsoft has spent several years pushing developers to develop specific applications for the company's Universal Platform (UWP) but from today it will probably stop demanding for UWP.

The company eventually allows game developers to add Win32 games to the Microsoft Store, which means that many of the games released by developers in other popular stores, such as Steam, do not need to be rewritten for UWP.

"We recognize that Win32 is the format that game developers and gamers love, so we're excited to share with you that we will allow full support for Win32 games in the Microsoft Store for Windows. " he says Microsoft's Phil Spencer.

"This will give developers and gamers more choice, allowing them to adapt and control what they expect from the open Windows gaming ecosystem."

This is a big turnaround for the Microsoft App Store, and it's mainly because games are one of the most popular forms of apps available from the Store.

Before the devs were forced to write games for Windows 10 through the Universal Windows Platform, a platform that simply could not reach the level of customization that game developers expected from Windows.

UWP application development has not been going well for months. Microsoft recently unveiled an effort to change the Edge browser and use Chromium to move away from UWP, which will allow the company to make its browser available on Windows 7, 8 and macOS.

Microsoft's Joe Belfiore admitted in an interview with The Verge earlier this month that UWP was a "headwind" for Edge.

"Not that UWP is bad, but it's not a mature 35-year-old platform with unlimited applications writtenSaid Belfiore at the time.

Since then we have heard many complaints from developers about the fact that UWP applications place restrictions on their applications and that they have often been faced with the dilemma of choosing between creating a UWP application for Windows 10 or a traditional desktop application running on all Windows 7, Windows 8 and Windows 10.

But now the company's initial vision for new applications that can run on all computers, phones, tablets, Xbox and HoloLens does not exist, and this is clear with the "death" of Windows Phone.

Microsoft will eventually listen to the game developers and will not try to force them to work at UWP.

This of course will not only be good for developers but also for Windows users.

Gamers will be able to enjoy more games in the Microsoft Store, which will work the way one expects applications to run on a PC. 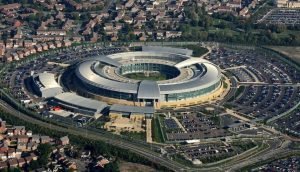 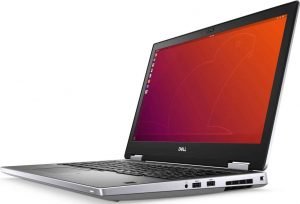