Windows Update Blocker can help you by blocking automatic updates on Windows computers, and just released the 1.2 version.

The program initially could only disable Windows Update, but the new version seems to support other services that can be manually configured from a file called wub.ini.

So Windows Update Blocker can now be used to block other Microsoft services, though it's not that simple since the wub.ini file needs to be manually edited.

But if you want to block Windows Update only, it is extremely easy, and this automatically blocks Windows automatic updates.

Microsoft is currently gearing up for the next Windows 10 May 2019 Update feature update. The update is currently available as RTM for those enrolled in the Preview Release ring of Windows Insider.
For those who are interested and do not want to wait for official release from Microsoft at the end of May they can download the MSDN RTM ISO from the following link:

If you are still one of those who want to wait until a reliable firmware version of the upcoming Windows 10 is released and have a Home version of the operating system, then download the application mentioned above: 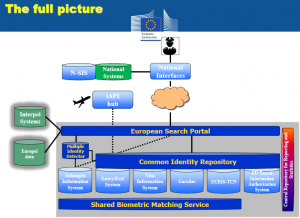