Yes, Windows 11 can run Android apps from the Amazon store, but you may need better hardware than you have.

Windows 11 itself requires mid-range hardware, such as dual-core CPUs of at least 1 GHz from AMD, Intel or Qualcomm, 4 GB of RAM, 64 GB of available storage and more.

So many existing business and consumer computers can not install Windows 11.

The new feature runs under the Windows 11 Subsystem for Android XNUMX. Microsoft has made it available to everyone at last update and the Amazon Appstore already contains 1.000 games and apps (up from 50 originally).

A new support page for Android in Windows 11, states the minimum requirements of the company. 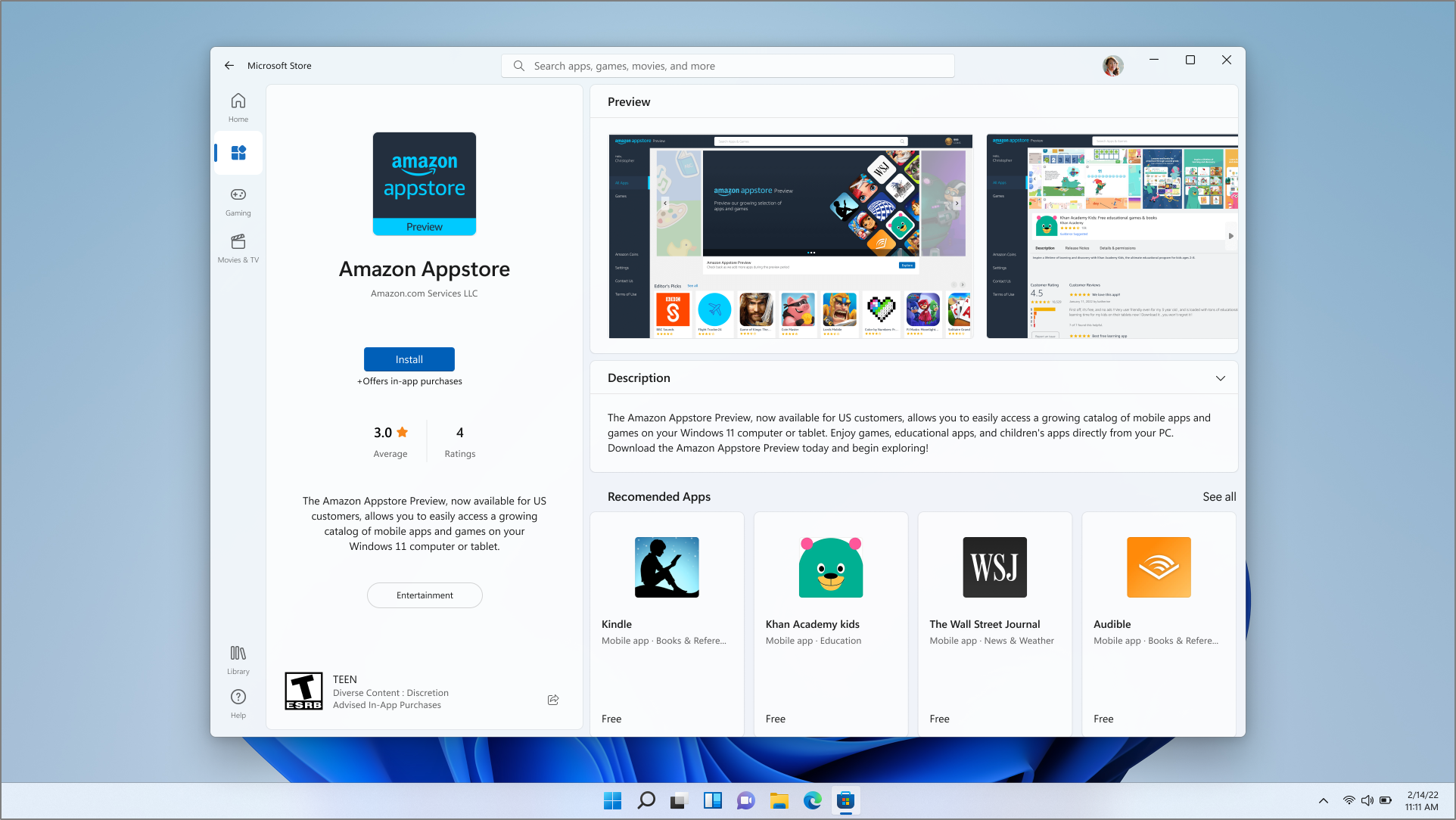 You will need not only the minimum 4 GB of RAM that Windows 11 needs, but 8 GB to run Android applications.

Application informs the user when monitored

8 GB is only the minimum. Microsoft's "recommended" memory size is 16 GB, which means that even the 8 GB of RAM of the Surface Laptop 4 does not reach exactly. In other words, you may need to upgrade your RAM or select a new computer.

In the case of the Surface Laptop 4, which starts at $ 980 for the Intel Core i5 version with 8 GB of RAM, you will need to pay $ 1.499 for the 16 GB recommended by Microsoft to run Android applications.

Don't even think about using Android apps if you bought a Chromebook competitor laptop with Windows 11SE, such as Microsoft's Surface Laptop SE. It has an Intel Celeron N4020 or N4120 CPU, but Microsoft mentions the 3th generation Intel Core i8 or later as a minimal Intel CPU.

The same goes for the Dell Latitude 3120 and 3120 2-in-1 for Education, which feature a Celeron processor, and other recently announced Windows 11 SE laptops.

Other CPUs that meet the company's minimum requirements in Windows 11 are AMD's Ryzen 3000 or higher and Qualcomm's Snapdragon 8c and above.

Also, do not expect to run Android applications on Windows 11 if you have a computer with an HDD. you will need an SSD.

Microsoft notes that users will need to enable virtualization in Windows 11 to run Android applications.

Measure your disk speed in Windows 11/10

Google: Linux much more secure than Windows and macOS