An international law enforcement company has shut down the servers of VPNLab.net, a company that advertises its services in underground forums and serves a variety of ransomware and malware gangs. 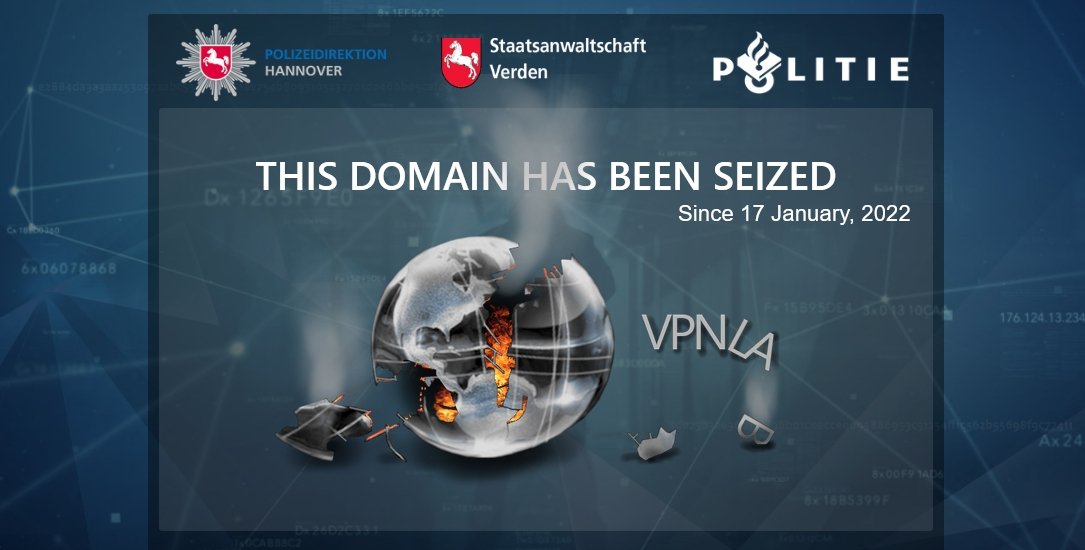 No arrests were reported, but the company's services were shut down while its main website displayed a seizure banner.

VPNLab has been around since 2008. The service was created with OpenVPN technology, used 2048-bit encryption and a network of services to encrypt and anonymize connections for its customers, for $ 60 a year.

Europol said the service was being advertised mainly in underground forums as a way of hiding cybercrime.

The closure of VPNLab marks the second intervention of the authorities in a VPN provider that aimed to serve criminal groups after its abolition DoubleVPN by Europol and the Dutch police last June.

The Brave browser now has a private tour through Tor

"An important aspect of this action is also to show that even if service providers who support illegal activities do not provide any information on legal requests from the authorities, they are not bulletproof vests," said Volker Kluwe, Chief of Hanover Police Department. in research.

Europol said that with the data found on the servers, they were able to alert more than 100 companies to impending cyber attacks.