The Windows 10 update of version 2004 already in circulation, but not many have installed it. Automatically updating a system is technically dependent on Microsoft checking through Windows Update to see if your device is ready for the new version.

As you may already know, Microsoft is releasing major updates gradually to make sure there are no significant bugs.

So the 2004 version of Windows 10 has been installed only by a few who have chosen Microsoft by examining their systems, but also by those in a hurry who have used Media Creation Tool.

However, as some users have discovered, upgrading to the 2004 version of Windows 10 sometimes (as expected) has errors.
Right now, it seems that Windows Update 0x80073712 error is one of the problems you may encounter when installing Windows 10 May 2020 Update. Below we will see what you can do.

First of all, the number one thing to try is a reboot of the device, as in some cases, the issue may be due to a network problem that can be resolved with a simple reboot.

If the same error occurs after a reboot, the next step is to use the Deployment Servicing and Management (DISM) tool to scan the device and determine if system files have been corrupted. If this has happened, DISM will take care of everything.

To start a scan with DISM, just start a command prompt window with administrator privileges. In the search box, search for cmd.exe, right-click the icon, and then click Run as administrator.

In the cmd window that will open, give the following command:

The search process will not take long, although this also depends on the size of your system drive and whether there are any corrupted files.

When the process is complete, you will be able to check for updates and download and install the Windows 10 May 2020 Update.

If you are still unable to complete the update process, one thing you can try is to go and use the Media Creation Tool. MCT has already been updated to the 2004 version, so it can download and install the Windows 10 May 2020 Update. Additionally, this application can create bootable ISOs that can be used to update your device to the new version.

At the moment no one knows when the information will be available to everyone as the company wants to be sure that not many problems will arise. 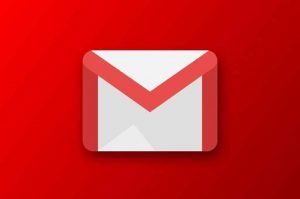